If there’s one whisky responsible for Aberlour’s cult status, it’s got to be the legendary A’Bunadh (pronounced a-BOON-uh), a name which translates from Gaelic for “Of the origin”, and like most legendary things, A’bunadh has an interesting origin story of its own.

How the legendary A’Bunadh became the World’s No.1 Cult Sherry Bomb

The tale told is that during Aberlour’s refit in 1973 when the new stills were being fitted, the workers discovered a hidden time capsule – a bottle of 1898 Aberlour wrapped in a newspaper from the same year reporting the news of the fire in the distillery, that had been stashed behind the name plate for decades. Naturally, the workers did what anyone who discovered a 75 year old bottle would do, and cracked it open then and there, polishing the majority of it off over their lunch break! What was left after their liquid lunch got sent to the labs for analysis, the results came back to say that the whisky was a vatting of varying ages, all European oak matured and bottled at cask strength.

In the late 90s Aberlour decided it was time to pay homage to their origins and recreate the whisky found in the time capsule all those years ago, and thus A’Bunadh was born and Aberlour was on its way to cult status.

First created back in 1997, A’Bunadh is released in limited, numbered batches. Rarely seen until batch 6 in 2000, it was slow burner at first – it took till 2010 to get to batch 30, around which time demand skyrocketed and production was ramped up, with batch 50 being bottled only five years later.

To date some 62 batches have been bottled, all created the same way but all subtly different. Matured exclusively in Spanish ex-Oloroso sherry butts and bottled at cask strength resulting in slight variance in ABV from batch to batch but rarely dipping below 60%, the whisky going into Aberlour A’Bunadh can be anything from 3 to 30 years old.

Over the years A’Bunadh has become somewhat of a go-to favourite sherry bomb, a regular on whisky lovers’ shelves the world over. Loved for its deep dark mahogany colour, notes of raisins, fruit, malt, vanilla, chocolate, jam and heck pretty much an entire Christmas dinner, along with a long lingering finish that just keeps on giving, it’s really not hard to see why it has gained such a following. And with so many batches having been made, all with their own subtle variations, you know what you’re going to get, but there’s always going to be some little surprise hiding inside the bottle. 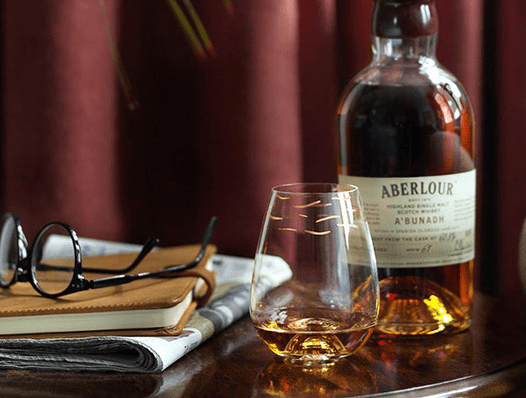 This A’Bunadh has become quite the legend, giving Aberlour Distillery cult status and seeing collectors around the world try to complete the set with a bottle from each batch. Like Pokémon, you’ve gotta catch them all, but that’s starting to get a little difficult now.

As if creating one absolute legend wasn’t enough, now 21 years after A’Bunadh first came into our lives the team at Aberlour are back with their next Small Batch series release, Casg Annamh, which brings the sherry maturation of A’Bunadh together with two types of American Oak to create a whisky that combines the best of both worlds. Rich and intense with tangy orange, glazed cherries, raisins and a hint of ginger, layered with apple and cinnamon crumble and ripe peaches, all perfectly balanced with spicy notes of liquorice and cloves. Delicious. 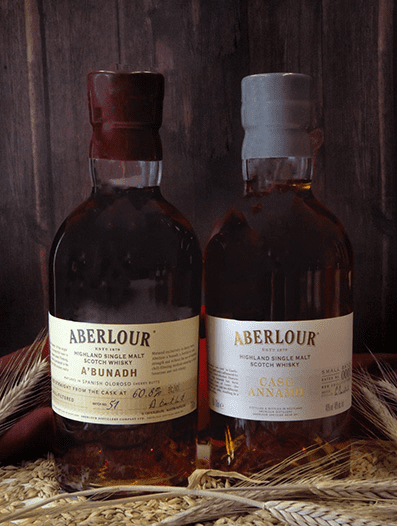 Meaning ‘rare cask' in Gaelic, Casg Annamh is a different beast to its fabled sibling. Whereas the latter is considered by many to essentially be a cask strength version of the distillery’s staple, but now sadly discontinued 100% sherry 10 Year Old, Casg Annamh hints at a superior cask selection with Master Distiller Graeme Cruickshank combining Oloroso sherry, American oak ex-bourbon and traditional, or refill, casks to craft an elegant, complex and exceptionally balanced single malt with a velvety richness.

This is where it becomes really fun… There are people out there on a mission to collect a bottle from every single batch of A’Bunadh ever made and Casg Annamh has the potential to be an equally serious collector’s item. The good news is you’ve just got a massive head start on the rest of the world because we’ve secured the lion’s share of the world’s total Batch 0001 stock and you’ll be thanking the whisky gods for years to come that you’ve got your hands on the inaugural bottling of the brand new legend!

Sign Up here to get yours, and if you’re already a Member be sure to tell your friends to join before midnight Sunday 4 November 2018 so they can get in on this too.