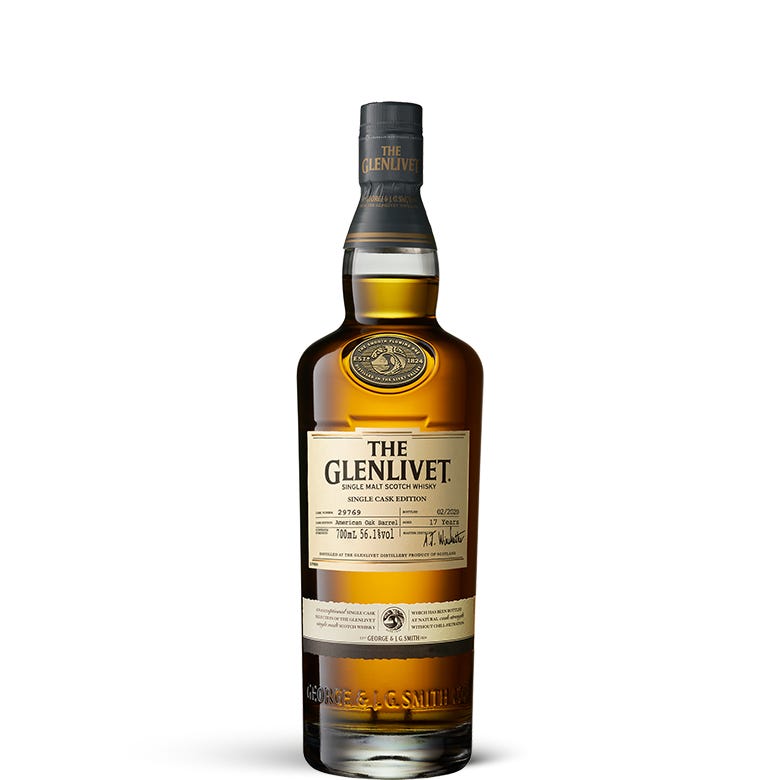 Nose The aroma of juicy ripe peaches complements sweet lychee and the captivating combo of vanilla toffee and golden syrup.

Palate A citrus tang kicks off along with some deliciously fresh orchard fruits of soft red apple and sweet pears before being rounded off by an intense burst of lovely orange marmalade.

Hand-selected by legendary Master Distiller Alan Winchester, Cask 29769 is a single First Fill ex-Bourbon American Oak Barrel that’s been slowly maturing in Glenlivet’s warehouse until the absolute Goldilocks moment when it was ready to be bottled at natural cask strength with no chill filtration.

This is the stuff of whisky dreams from the superstars of Speyside: a 17 year old American oak barrel bottled at 56.1% ABV, with peaches and toffee on the nose, red apple and poached pear with a sweet burst of mandarin rounded off with a satisfying finish of subtle fruit, roasted almond and delicate oak.

It’s a masterclass in whisky in every sip, and an example of why The Glenlivet is one of the world’s most enduring distilleries. But stock is painfully limited and exclusive to the Club, so don’t pass up this opportunity to taste the greatness that is The Glenlivet 17 Year Old First-Fill American Oak Barrel. This one sold out in mere moments. Not yet a Member? Sign Up Free to Australia's biggest whisky community now to get incredible single malt whiskies delivered straight to your door. 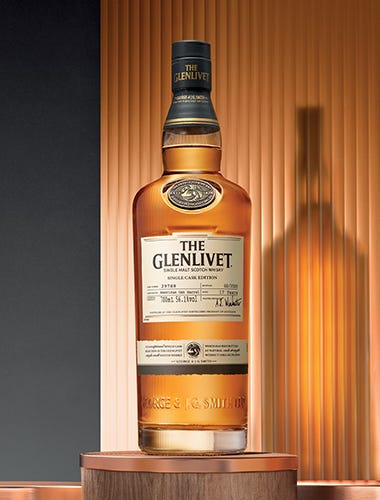 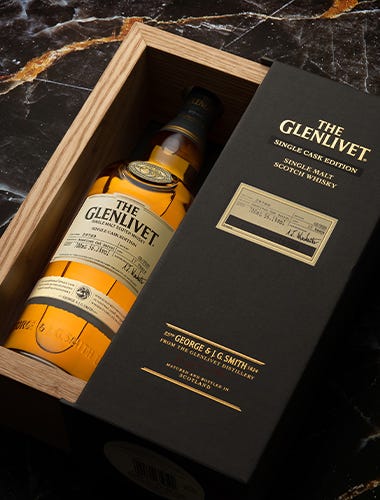