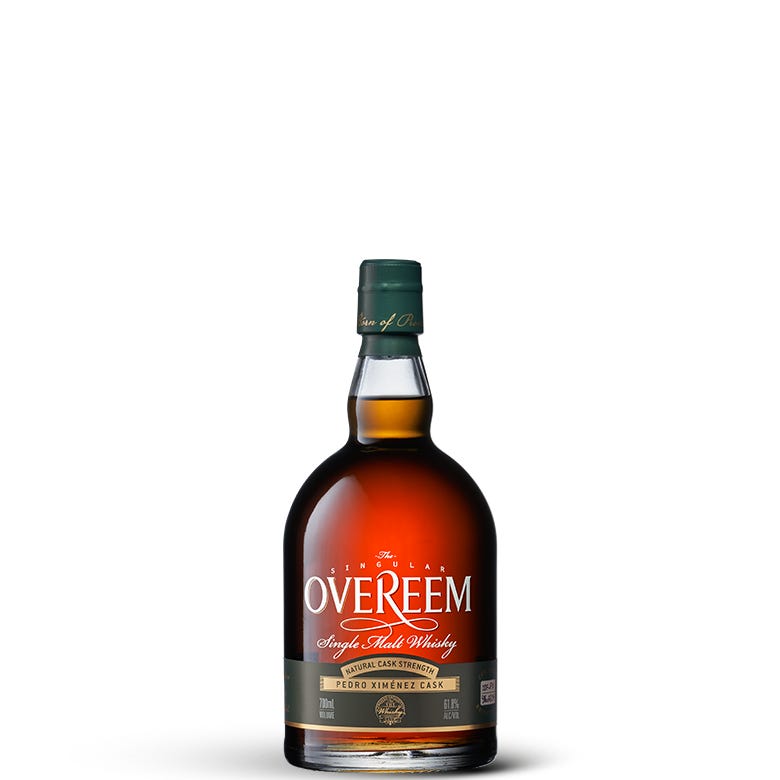 The first ever Overeem PX Sherry Cask, bottled at 61.8% natural cask strength. A marriage of five Overeem port and sherry casks finished in a 500l Pedro Ximenez butt from Langmeil Winery in the Barossa, this is one that fans and Collectors of Overeem don’t want to miss!

Palate Unlike any Overeem before. Viscous, sweet and jammy with burnt orange, dried citrus, banana bread and Christmas spices followed by the warm, intense hit of Pedro Ximinez.

This is a big one. There’s a reason why Tassie whisky is so popular and Overeem single malt is a huge part of that reason. This month, in our quest for the best of local whiskies, our Members get the chance to nab a bottle of Tasmanian whisky royalty, the first ever Overeem matured in an ex-Pedro Ximenez cask and the first ever Overeem bottled at natural cask strength.

Imagine five of the best Overeem port and sherry casks married together, then given a second maturation in a 500l Pedro Ximenez butt from Langmeil Winery in the Barossa. The Aussie Pedro Ximenez brings deep layers of rich jammy stone fruit, burnt orange and treacle on top of the classic oily, malty Overeem that we all love, delivering a truly singular Overeem for our Members’ exclusive drinking pleasure.

Needless to say second to Sullivans Cove, Overeem enjoys a massive cult following with fans and collectors eagerly grabbing all first releases, so form an orderly queue, this is the one Tassie whisky you don’t want to miss.

Very limited numbers remain for this Member Only exclusive. Sign Up Free Now to get your hands on this historic Tasmanian single malt.

Maturation: A marriage of five 100L Port and Sherry Casks and finished in a 500L Pedro Ximenez butt

Recognised as one of the ‘original’ Tasmanian single malts, the Overeem whisky journey began in 2007 when local whisky enthusiast Casey Overeem was seeking a hobby to occupy his time in retirement. Casey’s interest in whisky was sparked back in the early 1980s when he had his first distilling experience in a relative’s basement in Norway, an experience that stayed with him for decades and eventually inspired him to make his own malt whisky.  Following years of research and experimentation, he secured his distiller’s license in 2005 and constructed a purpose-built operation in his front-yard, overlooking the Derwent River in Hobart.

Casey was joined five years later by his youngest daughter, Jane, a sales and marketing professional with an equally keen interest in whisky, and together the pair became a much loved and formidable force for the fledgling Australian whisky industry.  After launching its first releases in 2012, the Overeem brand quickly gained popularity and within two years had built a cult-like following with entire barrels regularly selling out within minutes online.

In 2014, the business had grown well beyond Casey’s original intention and when a group of local investors who had recently purchased Lark distillery approached him, Casey reluctantly decided it was time to officially enter retirement, while Jane stayed with Overeem under the new ownership.

After two years working within the new corporate structure, Jane left to realise her own whisky dream with husband Mark and in 2016 they founded their own family distillery, Sawford Distillery, operating at the same location where Casey’s dream had begun almost a decade earlier.

The Overeem and Lark whisky businesses meanwhile continued to flourish under the ownership of Australian Whisky Holdings. As we’ve seen happen countless times in Scotch, a change of focus at corporate level lead to a very timely and fortuitous opportunity for Jane and Mark when, after almost three years of crafting whisky at Sawford Distillery, they were offered the chance regain ownership of Overeem, effectively returning the brand to its founding family. A delighted and emotional Casey made the announcement to the family on New Year’s Eve 2019 and as of June 30th 2020, the brand is officially back to the family. Casey, never at ease with full retirement, will be back in a ‘casual’ brand ambassador role, joining Jane and Mark as they prioritise reconnecting with their old customers and establishing close relationships with new ones.

On the neck of each bottle of Overeem are the words “Born of Promise”.  Casey Overeem made a promise to himself in the late 1980s that one day he would make a premium whisky that would stand alongside the best whiskies of the world. That promise was fulfilled and has now been passed on to his children.

Mark and Jane intend keeping that promise for their children. 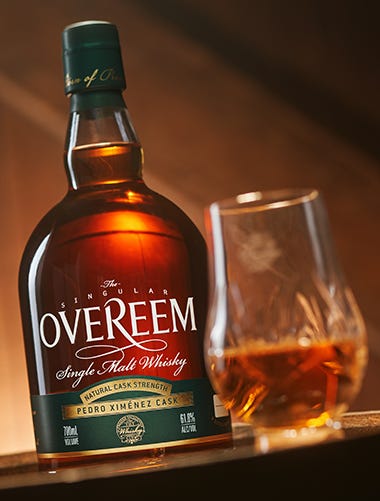 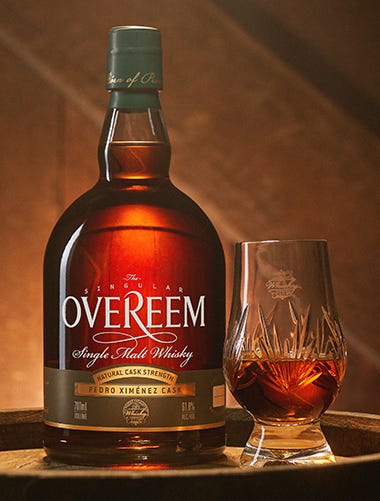