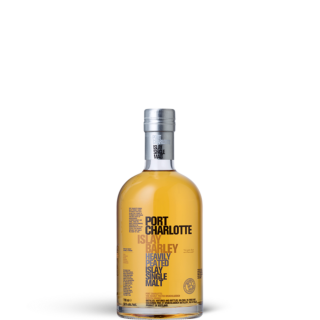 This month’s whisky is the very special 2008 Port Charlotte. Part of the über-provenance Islay Barley Series, it is the first time a Port Charlotte (or any heavily peated Islay whisky for that matter) has been distilled exclusively from 100% Islay grown barley. This barely, from six farms; Coull, Kynagarry, Island, Rockside, Starchmill and Sunderland, was harvested in September 2008, heavily peated to 40ppm and distilled December 2008. Full term maturation took place on Islay in American and European Oak Casks before bottling in 2015 at 50% using Islay spring water. Non chill filtered & colouring free, of course.