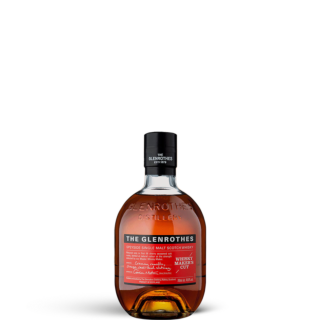 We teamed up with the one and only Glenrothes to bring Members the stuff of whisky dreams with the highly anticipated Soleo range, The Whisky Maker’s Cut.

Palate Rich and spicy with orange peel, creamy vanilla, raisins, a touch of molasses and hints of rich blackberry jam.

Finish Long and fruity with orange peel and a hint of nutmeg. Delightfully Christmassy.

Since its inception in 1993 The Glenrothes Single Malt has been synonymous with vintages. Inspired by BBR’s wine background the premise was to select and bottle the very best whisky from a single year to provide connoisseurs with an ever-evolving snapshot in time, an approach that’s proven very popular over the decades.

The new Soleo Collections sees The Glenrothes Single Malt depart from vintage malts and focus exclusively on sherry cask maturation and most notably, introduces age statements for the first time in the brand’s history. Named after the process of sun-drying palomino grapes before they’re pressed for Sherry production – the palomino grape is very pale in colour but grows darker the longer it sits in the sun – this darkening of the grape is reflected in the colour scheme of the Soleo Collection’s packaging, starting yellow with the beautifully light 10 Year Old and getting darker as the whisky gets older through to the dark, sticky 25 Year Old.

The Whisky Maker’s Cut is the flagship at the centre of the brand new Soleo Collection, the result of Master Whisky Maker Gordon Motion’s free reign to conceive and create his perfect Glenrothes malt. Matured exclusively in first fill sherry seasoned oak casks he selected his preferred cut at a solid 48.8% resulting in a remarkably bold malt, non-chill filtered and natural in colour, that stands apart from the rest of the Collection and it's quite literally all we want for Christmas, that and our two front teeth of course.

And so to wrap up what’s been a marvellous year of malt whisky we’re hugely proud to partner with The Glenrothes to present the hero of their highly anticipated new Soleo range, The Whisky Maker’s Cut, exclusive to The Club this Christmas. Merry Christmas folks.

The Glenrothes story begins in 1868 when a local grain merchant named James Stuart took a lease on Macallan, a small farm distillery a few miles south of Rothes. In a bid to raise funds for the expansion of Macallan he and a solicitor from Elgin named Cruikshank formed a company with two local agents from the Caledonian Bank; Robert Dick and Willie Grant. Trading as James Stuart & Co., the business prospered and before long the lads decided to build another, larger distillery in Rothes.

Work on Glenrothes commenced in the spring of 1878 on the site of an old sawmill opposite the town cemetery. With the neighbouring burn providing power via a water wheel and plentiful supplies of pristine spring water the setting was perfect – except for the timing. That summer Britain plunged into the worst economic crisis for almost a century and of course Messrs. Dick and Grant had borrowed heavily from their bank to finance the new distillery only to see the bank itself heading for collapse at the end of the year. With trouble and uncertainty looming Stuart split the partnership and headed back to the safety of Macallan while the other three struggled on as W Grant & Co (not the Glenfiddich one). Remarkably they managed to continue funding the construction and in May of ’79 the local press were shown round what was clearly a smaller distillery than originally planned, however it was no less impressive with The Moray Weekly News declaring that it ‘bore the stamp of superiority’ and was ‘extensive yet compact.’

On 28 December 1879, two momentous events occurred in Scotland. The new rail bridge over the River Tay collapsed, plunging an unfortunate train into the icy waters and killing all 75 passengers and that same day the first pure spirit flowed from the stills at Glenrothes, a ray of sunshine on an otherwise dark day. Word spread of the quality of the spirit and it was soon highly sought after by Master Blenders as a ‘top dressing’ of choice thanks to its unique flavour, structure and body, so much so that today Glenrothes is still found at the heart of some of the world’s finest blends such as Cutty Sark and The Famous Grouse.

In 1887 Grant & Co. merged with the Islay Distillery Co. to form Highland Distillers Company Ltd and in 1999 things came full circle when the Edrington Group (who own Macallan among others) and William Grant & Sons (who own Glenfiddich) came together to buy Highland Distillers. While the distillery is owned and operated by the Edrington Group, the Glenrothes Single Malt brand is owned by Berry Bros and Rudd (BBR), London’s oldest established wine merchants. The special relationship between BBR and Glenrothes began in 1923 when BBR approached Glenrothes to be the home for their blended whisky, Cutty Sark, and continues today with BBR’s ownership of the Glenrothes Single Malt brand. Incidentally Edrington and BBR swapped ownership of the Cutty Sark and Glenrothes Single Malt brands in 2010 to allow both parties to concentrate on what they were good at.

Since inception in 1994 The Glenrothes Single Malt has been somewhat of a disruptor. When BBR conceived to bottle The Glenrothes as a single malt, being wine merchants they were keen to explore the concept of vintages rather than follow the conventional route of continually producing homogeneous age statement whisky. Taking advantage of the distillers’ advanced understanding of the maturation process, BBR chose rather to bottle the very best of each year’s output as a vintage release, with less than 3% of the distillery’s whisky ending up as single malt. It has been a very successful strategy, quickly gathering a cult following among whisky connoisseurs who eagerly await what each year’s new vintage release will bring.