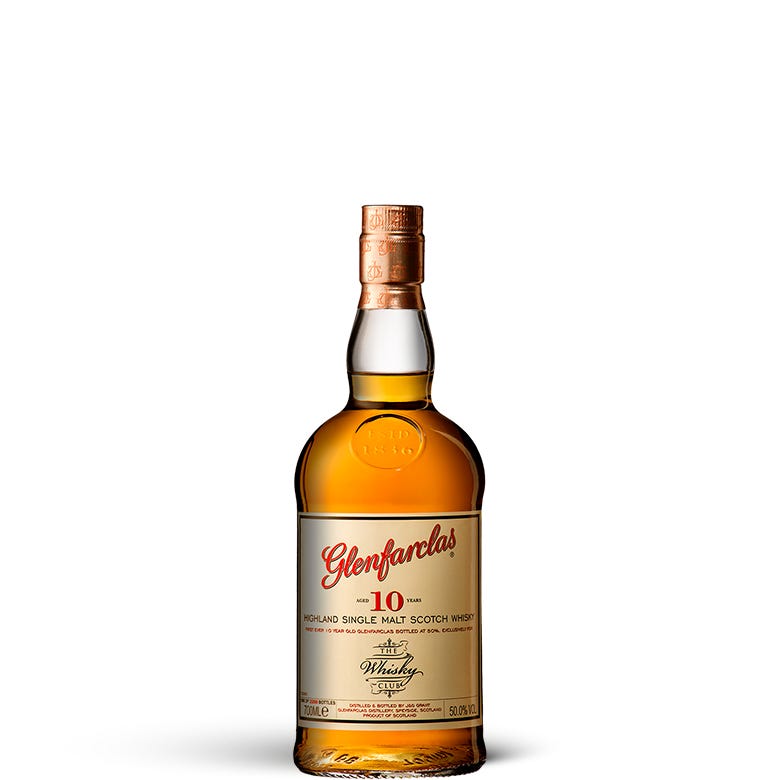 December was Christmas in a bottle. We partnered with Glenfarclas, the biggest name in sherry cask Scotch, in a world exclusive release for Members.

Palate Powerful, delivering a full serve of toasted malt and raisins with a nutty undertone. Dried apricot and fig mingle with vanilla, cinnamon and cloves while burnt sugar makes an appearance at the end.

Finish Long smooth and spicy with hints of ginger and chocolate.

Food Match It’s Christmas in a bottle, having been specifically created as the perfect Christmas dinner finisher.

The Glenfarclas operation is large, boasting the biggest stills in Speyside and the biggest mashtun in the industry. Great care has been taken, at the expense of forgoing more cost-effective modern technologies, to ensure that the whisky’s flavour remains consistent over the decades. Their stills are some of the few that are heated in the traditional manner by direct fire (from gas burners) rather than internal electric elements. The distillery experimented with elements the early 80s, but found that this method changed the flavour of the spirit and the experiment was canned, the spirit being sold off to blenders.

Glenfarclas has substantial onsite warehousing facilities with 28 traditional dunnage warehouses, some more than 200 years old, holding a massive 52,000 casks, the majority of which are traditional Spanish sherry casks. This is of course because, above all, Glenfarclas whisky is a traditional old style Speyside malt, unpeated and synonymous with sherry casks. In the early days, sherry was the cask of choice for all Scotch whisky, but as the demand for whisky matured in these casks outgrew the amount of sherry that the world drinks, the resulting shortage drove the price up. This coincided with the expansion of American whiskey, where a law dating back to 1935 prohibits American distillers from reusing bourbon barrels. Suddenly there were vast amounts of affordable American oak barrels on the market, and with their very attractive vanilla and caramel influences, the Scots snapped them up. Such has been the popularity of the cheaper American oak casks that today around 97% of all Scotch whisky is matured in American oak bourbon casks. Glenfarclas and a handful of distilleries including Glendronach and Macallan resisted this temptation, remaining true to sherry casks despite the fiscal advantages of American oak casks. It is precisely this kind of long-term thinking that has ensured that the Glenfarclas that you taste today is identical to that which you would have tasted fifty years ago.

Now fortunately for us, in addition to being one of the most respected whisky distillers in the world, George Grant and the team at Glenfarclas also happen to be incredibly nice guys and were thrilled to partner with us to create a special small batch bottling just for the Club, ‘the perfect Christmas whisky’. The result, and a world-first for Glenfarclas, is the classic Glenfarclas 10 Year Old, bottled for the first time ever at a luscious 50% ABV exclusively for the Club. Mouth-watering maltiness and luscious sherry sweetness work effortlessly alongside hints of dried fruit, vanilla, honey, cinnamon and cloves to deliver what’s bound to become your favourite drink these holidays.

Maturation: Matured for a minimum of 10 years in Oloroso sherry casks