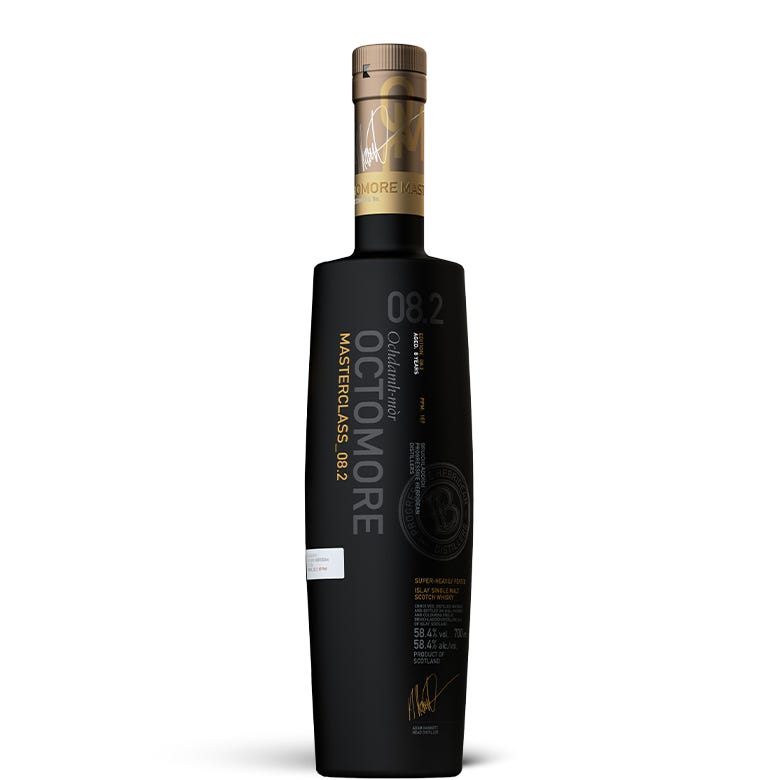 Peated to 167ppm then matured for six years in French Mourvedre, Austrian sweet wine and French Sauternes casks, before being finished in Amarone casks, Octomore 08.2 is a proper Peat Monster, bottled cask strength at 58.7% ABV.

Palate Warming and sweet, deep fruit and satin-like smoke. The oak feels a little dry then lifts to become toasted bread, bubble-gum sweetness and strawberry Jam. Adding a drop or two of water opens up the Islay DNA of salt spray, ozone and citrus. As it opens you find rose petal, Turkish delight, praline and more strawberry jam, all the while the smoke is in the background holding everything together.

Finish Typical Octomore. Smoke comes through, a dry peat smoke, with malted barley and cherry, then goes out on its own...

Originally a Travel Retail exclusive release, Australia's airports’ loss is our gain, as we’ve managed to snare some of the last remaining stocks Octomore 08.2 in the country.

Octomore 08.2 has now sold out. Be quick: Sign Up Free to Australia's biggest whisky community now to get incredible single malt whiskies delivered straight to your door.