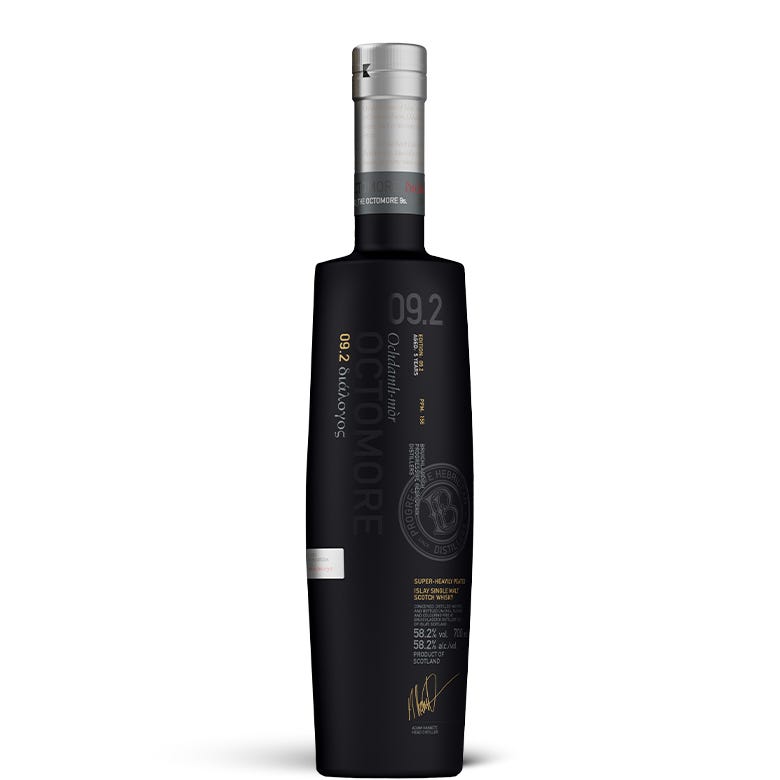 Peated to 156ppm then matured for four years in American oak ex-Bourbon casks, followed by a year in the finest French oak from the Bordeaux region, Octomore 09.2 is a proper Peat Monster, bottled cask strength at 58.2% ABV.

Originally a Travel Retail exclusive release, Australia's airports’ loss is our gain, as we’ve managed to snare some of the last remaining stocks Octomore 09.2 in the country.

Made with 100% Scottish grown Concerto barley, peated to 156ppm and distilled in 2012, Octomore 09.2 spent four years in American oak, followed by a year in the finest French oak from the Bordeaux region. Bottled at 58.2% ABV, you can expect to encounter an earthy smoke mingling with jams, coffee, vanilla, peppery spices and even a touch of pipe tobacco.

Don’t miss your chance to Add In the mega Octomore 09.2 this April. Be quick: Sign Up Free now to get your hands on a bottle while stocks last.

Maturation: Four years in American oak ex-Bourbon casks, followed by a year in the finest French oak from the Bordeaux region.