Welcome to our Member Spotlight series, where we shine a light on our wonderful Members who make up Australia’s biggest community of whisky lovers.

Today we’re chatting with long-term Member Katherine Sutton.  So, pour yourself a dram and get to know your fellow Whisky Clubbers a little better. If you’re keen to be our next Member under the spotlight (and score next month’s whisky on the house while you’re at it), shoot us an email at drams@thewhiskyclub.com.au.

Alright, over to you, Katherine.

It’s amazing that you can take some pretty basic ingredients and craft them into some really unique flavours.  The passion and precision that goes into single malt scotch whiskies in particular is outstanding.  I think that’s why I’ll never tire of visiting distilleries.

1. How long have you been a Member? I’d looked at it for a while, then got on board for the Glendronach Revival in 2015.

3. What’s been your favourite Whisky Club release so far? There are so many! I was really chuffed to see that this month's is an Indian whisky. I have fond memories of the Amrut.  But I think my hands-down fave was the first of the Offerman Lagavulins.

4. How did you get into the wonderful world of whisky? I played the bagpipes in my mid-teens until I was in my early 20s. I’d had the odd sip here and there as bribery to play a request from Dad, but I didn’t get into drinking more varieties till I was making a good wage and met friends with similar tastes.

In 2010, my husband and I went to the UK including Scotland.  He wasn’t big on spirits, but insisted we went to The Whisky Experience on the Golden Mile and that’s where he developed a love and appreciation for it. So now, I have a whisky side-kick!

We’ve been back there another two times and had a trip booked to go back in 2020 but, ya know, COVID.

5. What do you love about whisky? The experience of sharing a dram. My budget isn’t huge, but I did get a bottle of the Laphroaig Cairdeas a few years back. By the time I paid excise, it was pretty hefty.  I took it to Victoria to drink with my cousins and it was a really neat night. And the sheer variety — it’s amazing that you can take some pretty basic ingredients and craft them into some really unique flavours.  The passion and precision that goes into single malt scotch whiskies in particular is outstanding.  I think that’s why I’ll never tire of visiting distilleries.

6. Is there a whisky you’re saving for a special occasion? There’s a few. I’m a whisky drinker more than a collector, but I keep moving stuff around and finding bottles that I’ve stashed for a special occasion. We popped a bottle of the Bladnoch select cask 2006 that we’re aiming to save until 2026 to drink for our wedding anniversary.

7. Tell us a bit about your favourite whisky in your collection?  Thank goodness you narrowed it down to what’s in the cupboard! It’s like choosing your favourite child.  I find there’s a good moment for any whisky.

Narrowed down to what’s on hand though, the first Offerman 11 year old Lagavulin was extraordinary to me. I adore the 16 year old (although it’s so rare to find these days – having said that I found a bottle for dad’s birthday tomorrow) for its depth of flavour and balance.  I enjoy Ardbeg, but there’s something a little….runny about it.  Lagavulin has a body about it. I don’t think I realised how wonderfully it captures Islay until I went for a run along Loch Indaal when we visited.

So, the Offerman comes out and I got it for a novelty. My mate who is also in The Whisky Club opened his first and I was blown away by what they did. You hear about people describing their mouths imploding with flavour?  That was what I experienced with the additional brown sugar flavour that I tasted on top of what I already enjoyed about Lagavulin.

I’ve got a bottle of each of the releases unopened still, and I can’t wait to do a side-by-side someday.

8. If you could share a dram with anyone, anywhere, what would you drink, who would you choose and where would you be drinking?  I’d give anything to be back staying at Bowmore with my husband watching the sunset with a dram of something from the underground stores. Maybe from one of those barrels Prince Charles has stashed down there!

On the other hand, if we can add any time into the equation I have a great-great-grandfather who was a doctor on Rothsay.  I’d really like to sit down with him for a dram of the local whisky he enjoyed back in those days. I found an article on him curing an infection with whisky — so I have questions.

9. Other than whisky, is there anything else you collect? Nothing that I actively pursue.  I seem to have a cupboard of glasses that we’ve picked up from distilleries we’ve visited. And I do seem to come back from my travels with more tee shirts than when I departed.

10. What’s your favourite thing to eat while you’re having a dram? A good quality dark chocolate.

11. Finish this sentence: whisky is­­: not essential to life, but it brings so much heart to a moment.

Not a Member of Australia's biggest community of whisky lovers? Join free now to get in on the whisky action and this awesome Club of ours! 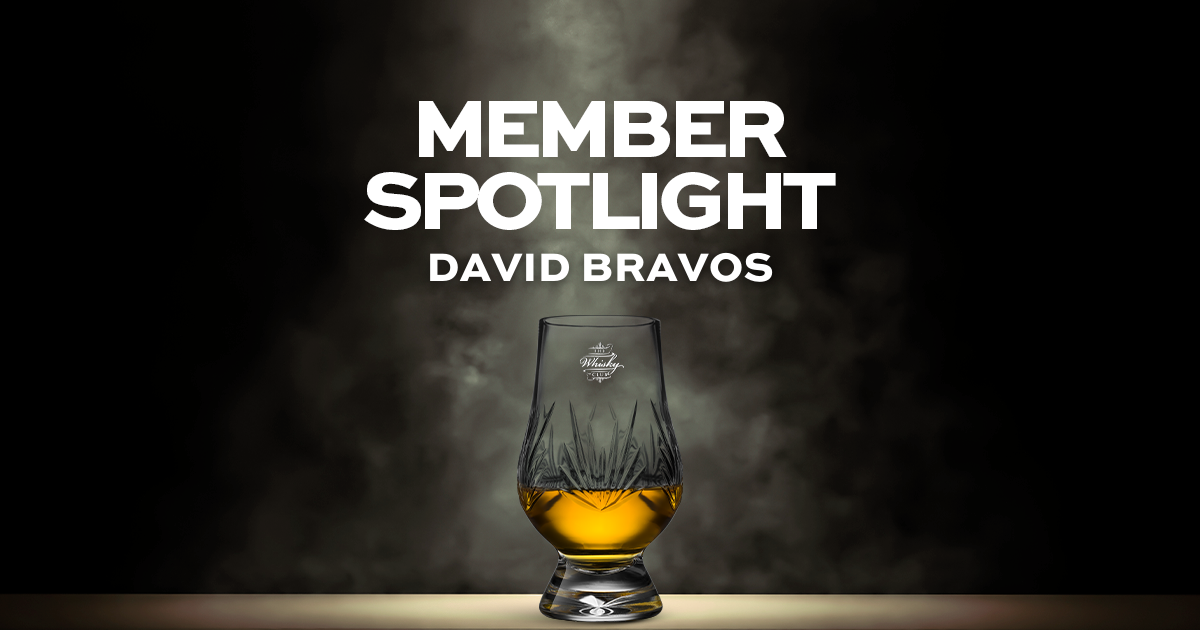 Welcome to our Member Spotlight series, where we shine a light on all of our wonderful Members who make up Australia’s biggest community of whisky lovers. 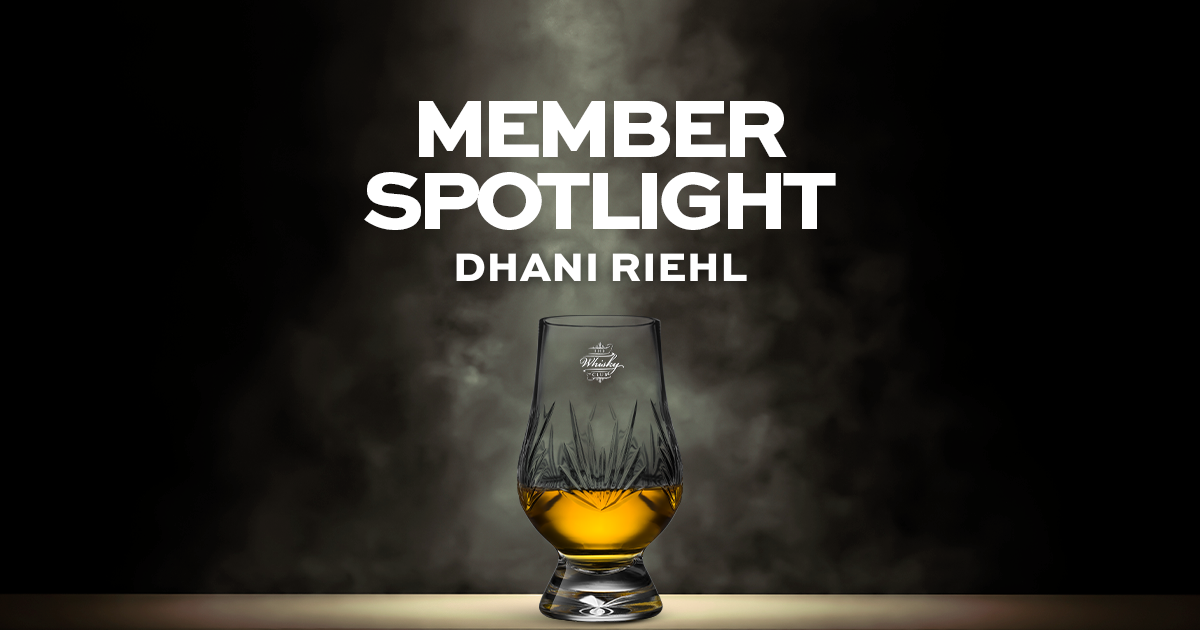 Welcome to our brand spanking new Member Spotlight series, where we shine a light on all of our wonderful Members who make up Australia’s biggest community of whisky lovers.